Why should you be wary of drones?

In 2020, drones will stop being a novel technology and become commonplace business tools. Today, commercial drones are already being employed to monitor construction projects in real time and remotely inspect sites and cargo. By 2025, the drone market share is expected to have grown by 13.70%. As with technologies like GPS and Wi-Fi, we will eventually learn to live with drones in the background — as if they’ve always been there.

But with the rise of this new technology come new threats. Once drones become ubiquitous, it makes sense for opportunists to launch attacks using drones. And while these kinds of attacks have only been previously used for research purposes, it’s not long before they are carried out like regular cyberattacks.

How can drones attack your business?

Drones can be controlled from up to 5 miles away, making them the perfect instruments for launching attacks within that radius. They can be parked on rooftops, window ledges, and other places not easily accessible by humans. And from these strategic yet surreptitious locations, they can do the following: 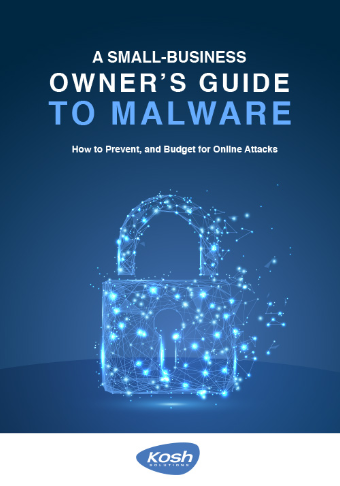 Read our free eBook: The ABCs of Malware, and find out how to protect your business data from malware and other forms of cyberattack.

How do we mitigate drone attacks?

Companies must recognize that the drone threat is real, and that their air surfaces can be used as points of attack. All devices in open spaces or near windows are particularly vulnerable. By following these security tips, you can lower the chances of drones hijacking your systems:

Protect your business against malware

Drones are but one way for malware to enter your network systems. And with thousands of new malware created every day, you can never take the backseat when it comes to protecting your business. If hackers can hijack the computer systems of 22 Texas towns and demand ransom, then SMB owners should be extra vigilant. More so because in 2019, three out of five malware attacks were directed toward small businesses.

If you’re running an SMB in Farmington, Durango, Las Cruces, or Albuquerque, then our free eBook can help you thwart cyberattacks. “A Small Business Owner’s Guide to Malware” explains how you can strategically plan and budget for online attacks. Download the eBook now.